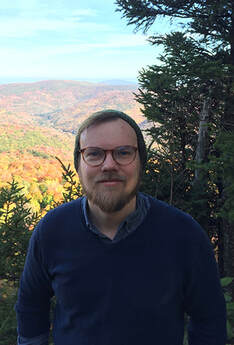 The best way to reach Chuck to discuss illustrations or ask about his process is via email. To keep up with his current projects, follow him on Instagram or Twitter.
For all book-related inquiries, please contact the estimable Stephen Barr at Writers House.

ABOUT
Chuck grew up in the Netherlands, where he spent his formative years climbing trees, drawing, reading, and cycling. He attended the Artez Institute of Visual Arts in Kampen, graduating from its department of Illustration in 2004. Since 2010 he has resided in the United States, going from Portland, Oregon, to Kinderhook, New York where he lives with his wife, dog, three cats, and several rowdy chickens.

CURRENT PROJECTS
Recently completed books include Let Liberty Rise from Scholastic, Me, Mum and the Mulberry Tree from Candlewick books, and Only One from Anne Schwartz Books.

AWARDS AND RECOGNITION
Fiep Westendorp Prize, 2007
His work has been featured and selected by the Society of Illustrators,  The Fox is black, Pikaland, Illustration Friday, and Spike Jonze's blog: We Love You So